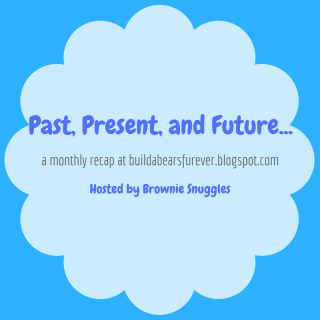 *Diamond’s note: Hello friends! I’ve got this new feature on here that will be hosted by Brownie. It will basically be a recap of the month, but this month we have a lot of news. Handing it over to Brownie now* 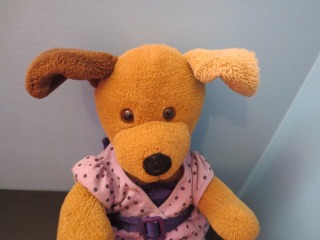 Hello all! It’s me, your host, Brownie Snuggles! We’ve got a lot of news to cover this much for our very first ever, Past, Present, Future! OK, so we will usually cover birthdays and awards on here, but for today, that will stay in Bi-Monthly Birthdays and Awards. So, we will skip those and move on to some noteworthy posts of the month!

This amazing Easter post that combined two of my favorite bloggers talents.
This wonderful Blogiversary post.
This great tip for writers(and readers!)
This cool Camp NaNo Recap
This neat(and totally true) post.
A great writing instructional post
A cool trip recap to one of my favorite places

Now, we move on to some news for this month! So, we should be starting a new segment called All About the BABs so you guys can get to know us better. Hopefully we can also work on spreading stuffed animal blogging a bit this month. We think it would be awesome to have more of a community!
We also got some great responses from our survey. We’ve made a few changes to the design, and we got some wonderful post ideas! We’re going to start using the camera and maybe a reflector. We’re also going to focus on trying to share more of our personalities with you guys! We’ve got a ton of post ideas. We even perfected our blogging journal this month and we have a tour of it coming up(eventually). We took the advice from our survey and we’ve got lots of photo shoots coming up. Also, apparently people wanted to see more writing posts, so keep an eye out for some writing tips in the upcoming months!
We have a collab with Rebekah coming up too.
Our takeover week this month will be pretty great too. We’re changing things up and we’re having a special edition on Friday for May the Fourth be with you!

Writing: Diamond didn’t write too terribly much this month. She did complete a short story or two, so I guess that’s good!
Reading: This category isn’t generally one Diamond does in a month. However, this month she’s actually read something! She started the Harry Potter series and is on book five.

Highlights: Easter and April Fools were nice. And, on April 14th, we went to Build a Bear! We bought a couple things called Rey Bear and Kylo Ren Bear! There will be an introductory photo story and maybe some other posts.
Other than that, life kind of exploded this month. Diamond’s been pretty stressed, so she hasn’t been on your guys’es blogs very much.

Stats: 423 pageviews
Most Popular Post of the Month
14 comments
We had a pretty good month for Build a Bears Furever. Here’s to having an even better month next month! 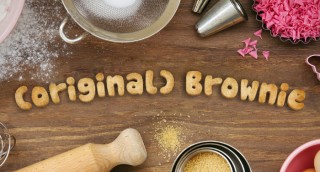 2 thoughts on “Past, Present, and Future~April’s Recap”